This page contains a selected chapter, shown in sequence, from an existing or forthcoming book.
Contact the author by email at terrytumbler@gmail.com if you wish to access previous chapters that have been taken down. Feedback is welcome. Thanks. 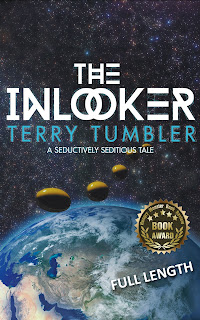 It was a new dawn, and Thomas was happy to let the existing business continue to thrive under its own steam, whilst he discretely withdrew funds and relinquished overall control to create a new, public venture. A sizeable portion of the undeclared ‘liquid’ capital was commandeered with the approval of his family, to rent and outfit a second, larger industrial unit next door, on the same trading estate.
From the outside, the acquired unit was a modern, polished aluminium-clad high-roofed building, surrounded with tall metal railings and razor-tipped barbed wire on top. Access was via a wide and equally tall electrically controlled sliding gate. It also came with CCTV and a backup generator.
Inside, dyes and presses had been installed, with assembly robots adjoining a short construction line. They were getting ready to assemble prototype vehicles out of a newly invented lightweight metal alloy.
Production of the first one had already started, with a flexible one piece liquid-coated body-shell being moulded into a shape not much bigger than would cover a single occupant on a seat, plus luggage stored behind.
At first sight, an onlooker might guess that this was developing into a motor bike, enveloped in an exterior shell that would provide protection against the elements. The finished product externally resembled a narrow silver-coloured gleaming egg laid on its side, with both forward and rear ends evenly rounded. In the centre of each side an access hole had been cut, ready for a door to be inserted.
The top two thirds of the visible ‘egg on its side’ appeared to be resting on a flange, or protruding rounded edge. This gave the impression that the lower third was sitting in a moulded holder that curved inwards with the egg, which was supported on four sturdy and squat retractable struts.
After its liquid coating was dried, the entire surface was to be polished inside and out to an absolutely smooth dull, silver gleam.
Noticeably, there were no wheels on the vehicle, only the aforementioned struts; these self-adjusted in length according to the unevenness of the surface on which they rested, to provide stability to the craft. There was no visible indication of the method of propulsion.
There were only two men in the place, studying engineering drawings as they discussed how best to continue to proceed. One of them was Thomas, and his companion was a retired director who Thomas had lured to join him from the ‘Skunk’ works at the mighty Lockheed Corporation.
“Call me Bob,” was how he introduced himself.
He had come all the way from the USA and was technically the best in the world at his previous job. He was working clandestinely in his new role and was intrinsic to Thomas’s overall plan.

For those who may be interested in how these two men met; after his encounter with the small alien and its outsized head, Thomas had used his special skills to research the various types of extra-terrestrial beings. It did not take him long to come across frequent mention of Roswell, where a nearby UFO crash had been prominently reported, with small bodies recovered. They too had oversized heads and spindly limbs.
All of this had been detailed in an FBI report, which was released under The Freedom of Information Act many years after the event occurred, in 1947.
This in turn led him to the acknowledged USA top secret development centre called ‘Area 51’. Thence he was drawn to the rogue operative Bob Lazar, a precursor to the modern ‘whistle blower’, who went public to prevent his possible assassination, and thereafter the trail led Thomas to the fabled Lockheed aircraft development centre, ‘Skunk Works’. All of these are commonly cited in UFO circles, and were not difficult to find mentioned on the primitive internet of that time.
For those who may be unaware of the fact; the ‘Skunk Works’ had developed the stealth bomber. Ben Rich, its main director, had publicly and authoritatively announced that, “Extra-terrestrial UFO visitors are real”, and that, “the U.S. Military travels among the stars”. It was there at Skunk Works that Thomas decided to pay the occupants spiritual visits and find out who might be useful in assisting him to build craft like those he had seen in visions of the alien’s homeland.
It did not take Thomas long to make contact with the recently retired “Call me Bob”, follow up with a personal visit in the flesh, and make him an irresistible offer to join him, in another country on a futuristic project.

Continuing their joint efforts to assemble a prototype vehicle, the first item to be installed in the body-shell was a comfortable-looking lightweight bucket seat with a lot of holes cut in it. This was padded in turn with a layer of novel visco-elastic foam encased in a washable brightly coloured material. Immediately behind it a luggage rack was click-fitted into position.
Below foot-level of the single future occupant, at precisely measured distances from the inner surface, nozzles were anchored facing downwards and outwards, in set directions.
At foot level behind the seat, cylinders were sited that would contain separate nitrogen and oxygen gases, with the controls needed to provide vented, breathable air, and to filter carbon dioxide from the self-contained, sealed-off internal atmosphere. It was based on the robust system installed in the space shuttles and could provide circulation for long periods.
“I’m not sure we’ll need it in basic, regular use, but now is the time to test it,” Bob affirmed.
At waist height behind the seat and its rack, a cluster of small, transparent cylinders was sited and fixed in position on a supporting panel; these contained a silvery, flowing liquid fuel that sloshed gently around with the thick consistency of mercury as they were moved during assembly. Tubes were connected between them and the nozzle assemblies below, and to a rigid tube that rose upwards from behind the driver’s seat to a few centimetres below the exterior of the slightly domed roof of the shell.
What was known to only a few individuals was the extra-terrestrial source of the fuel, which was not found anywhere on Planet Earth. This would give a yet to be selected mass-producer of the vehicle a monopoly over its manufacture; that is, until it could be duplicated.
After Thomas’s struggles with the alien he had encountered, he and Bob had negotiated a deal with the race of Greys involved (referred to in this way because of their skin colouring), who proved to be willing partners in a trade agreement.
Next of all, special attention was paid to the vexing task of clicking together and stabilising the control panel in front of moulded foot well and the seat. This started with navigation systems and satellites links, continued with velocity and braking systems and monitors, and went on to define remote-instruction settings and safety overrides. This section was generally meant to be looked at and not touched, apart from an old-fashioned start-button at the side of the seat, included purely for sentimental reasons.
At the heart of the controls, connecting them all together, was a biological computer chip, unlike anything that Bob had ever seen outside the Skunk Works. He still found it to be disconcerting, the way in which it ‘absorbed’ the ends of the leads he offered up to it.
“It’s like it’s got a mind of its own,” he commented to Thomas, with awe. “We got it out of a crashed UFO, analysed it, but don’t fully understand how it works. Our extra-terrestrial allies assured me of its reliability and fitness for purpose, but it frightens me a little.”
Thomas replied, “Sometimes you’ve got to take things on trust, and my instinct tells me this is one of those occasions!”
Bob stepped back and commented “That’s pretty much all of it,” brushing his hands together to shake off non-existent dust.
“Apart from the doors,” grunted Thomas, lifting up one of the two cut-outs and offering it up to the hole in the shell, to confirm a good fit. The other door was going to be fitted on the opposite side of the shell.
They both set to work attaching each door to its hinges and runners; these were already cold-welded to the main shell, and assembly was finished by making the required electrical connections to the control panel. Both doors were designed to hinge out and slide backwards.
A few tests were made to ensure that both side-doors and all the lights functioned, and they had good reason to feel satisfied. Both of them stood there side by side, with their arms around each other’s shoulders staring lovingly at what they had created.

The International Space Station lost its view of them and the three missiles, as did the Earth and the stars, as their craft created an invisibility cloak around it and its cargo, pulling the deadly load unobserved towards a new destination.
“Where are we headed?” Bob asked, feeling vulnerable.
“Back to the site that launched them!” the chip replied, emotionless. “You humans have got to learn that you cannot take pot-shots at us with impunity!”
“I doubt it,” the chip replied, before deciding to elaborate. “We’ve already taught you before, in Vietnam. Ah, I’ve confirmed where they came from, by checking the original settings on the projectiles. We’ve arrived!”
A missile base came into view parallel to them, and the three missiles were aligned to face it, the target. For a few seconds, a gap appeared in the invisibility screen as the three propulsion systems were reactivated, and the rogue missiles were launched through it at the base, in retaliation.
The craft shot up, fully cloaked from view, as all hell was unleashed in the base below, with Bob sitting there in a daze, witnessing the destruction and rising fireballs.
“Where was it?” Bob asked, fearful of the answer.
“Asia,” was the reply, leaving a relieved Bob to guess which country was to blame, and hoping that sufficient of the missile casings could be reconstructed to indicate where they had come from.

Bob landed a few hours later, well behind schedule, so he had to lock the craft in the unit and go to Thomas’s home, in the hope he was there.
Thomas opened the door immediately he heard a knock, to find Bob standing there in a state of agitation. He invited him for a coffee, leaving Pat in the lounge as they made a beeline for Thomas’s study.
Bob explained what had occurred, concluding with, “I can tell you, I was pretty shaken up by it all. It’s got me wondering if it’s right to go ahead, seeing all that has happened!” He looked at Thomas with his eyes narrowed.
Thomas grinned in amusement, “Of course it is! I feel safer than ever, with the likes of Miss Chips in control! Please stay here overnight, after having a bite to eat and a stiff drink.”

Now they could begin the almighty task of marketing and selling this revolutionary mode of transport to an indifferent, slow moving officialdom.