I have a story for you.
It concerns an innocent traveller to Turkey who was presented with a golden opportunity to become:
A sultan!
This happened one day in the open air museum at Goreme,when he was sitting with his wife in a café sharing a most disgusting sediment-filled drink called Turkish Coffee. Yuk!
He chanced upon a corner of the memorabilia room in which he spied an impromptu photo studio, where the honorary title could be bestowed upon him. Inviting his wife to join him, he wanted to take this once in a lifetime opportunity to dress-up and be photographed in full Sultanic regalia, but she declined his bashful offer. So he went alone, seizing this wonderful opportunity while she sat there sipping her coffee, reading her ebook and pulling disgusted faces.

His first photo was a gem: 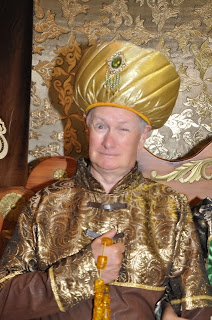 It got even better, as a carefully selected young lady “volunteered” to become his Sultana! Naturally, in deference, she had to become wife number two, else the original Sultana would be offended (and yes, the wife of a sultan is indeed referred to as a Sultana). The proud couple are shown below: 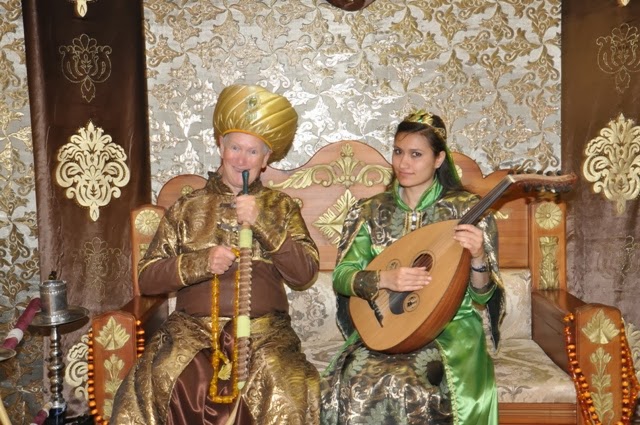 Whilst Sultana A initially laughed her socks off, she eventually became jealous: 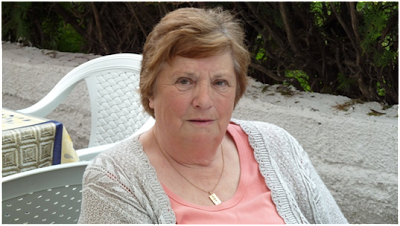 And plotted her revenge by purchasing from the shop in the background: 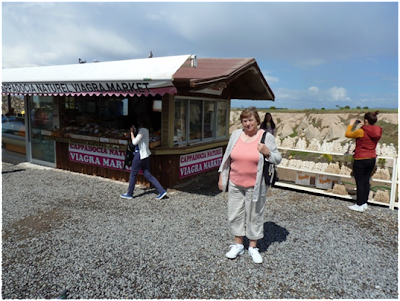 Which forced her Sultan of a husband to ditch Sultana B. The magic potion dished out by his loving wife had upset his bowels rather than giving him the urges!

He had to take the opportunity to use a publicly provided facility at Ephesus, which resulted in him being evicted from the site and accused of public indecency: 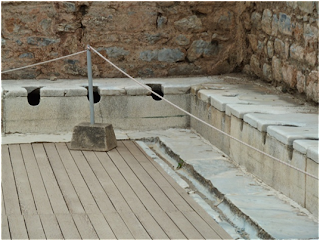